Preview Mode Links will not work in preview mode

A lot of speakers pace back stage or pound coffee or try to deal with nerves in other ways before going out to speak.

Instead, go out into the audience as folks are arriving, and greet audience members. Have a brief chat to get to know folks. This accomplishes a few things.

About 10 years ago, my team and I were looking at ways to integrate this brand new podcasting thing into our corporate training and brand evangelism efforts. I was already a fan of the medium, so I started listening to podcasts about podcasting to figure out how we could do it. Ultimately, I turned most of that project over to Tim Garber who appeared on this show way back in episodes 10 and 11 and who you can still hear at the end of every episode today.

But all that is how I found with Dave Jackson whispering in my ear from the School of Podcasting as I tried to find my way to a taxi at the Philadelphia airport in 2008.

I've been a fan of Dave's work and all he's done for this medium for a long time, and I'm thrilled to have him on the show today.

One of the most important lessons in this chat is that while Dave is an experienced speaker, he still gets nervous before a talk. And then he does the talk anyway. He also still takes the time to rehearse, practice out loud, and try the stage before folks come in.

There's a lot more in today's conversation, too.

So who is Dave? 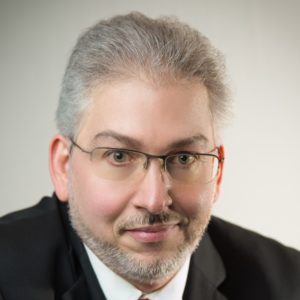 Dave Jackson started experimenting with audio on the Internet in 2004. In 2005 he launched his first podcast and soon launched the School of Podcasting (the Internet's first site dedicated to helping people learn the right way). His accomplishments include:

Unlike many other “geeks” who know how to podcast, Dave's been a technical trainer for over 20 years. This means he not only understands the technology but can explain it in a plain English “geek-speak free” environment. He has a Bachelor's Degree in Education from the University of Akron (Specializing in technical education). While there are other podcast consultants, Dave believes his experience sets him apart in regards to helping folks make sense of the entire podcasting process. He not only help with the “how,” but  also explains the why, and makes sure new podcasters avoid common podcasting pitfalls. Dave's won awards at fortune 500 companies for hi customer service. In a nutshell, he cares.